Resources : How Ranked Choice Voting Increases Turnout, Diversity, and Confidence in Our Elections

Ranked Choice Voting increases voter turnout. Giving voters the opportunity to support their ideal candidate gives them an incentive to participate in the election process without feeling like their vote would be wasted, moving away from the idea that one vote will not make a difference and reinforcing the idea that every vote matters.

Ranked Choice Voting caused a 9.6 point increase in turnout in the Minneapolis-St. Paul area. Eamon McGinn of the University of Technology Sydney finds that the effect on turnout is higher for precincts with higher poverty rates.

Ranked Choice Voting has increased the number of women and people of color running for office and getting elected. It allows for a more representative electorate to participate in an election process with a more diverse pool of candidates.

While Ranked Choice Voting increases voter turnout overall, the increase in turnout among African Americans, Latinos, and Asians is even higher than turnout among the general electorate.

This is simple: When there are more candidates on the ballot who speak to voters of color and who voters of color trust, voters have more reason to vote. In New York City, for example, a simple comparison of turnout among voters in the Democratic Primary between two elections with similar dynamics shows: RCV helped increase voter turnout in diverse communities. 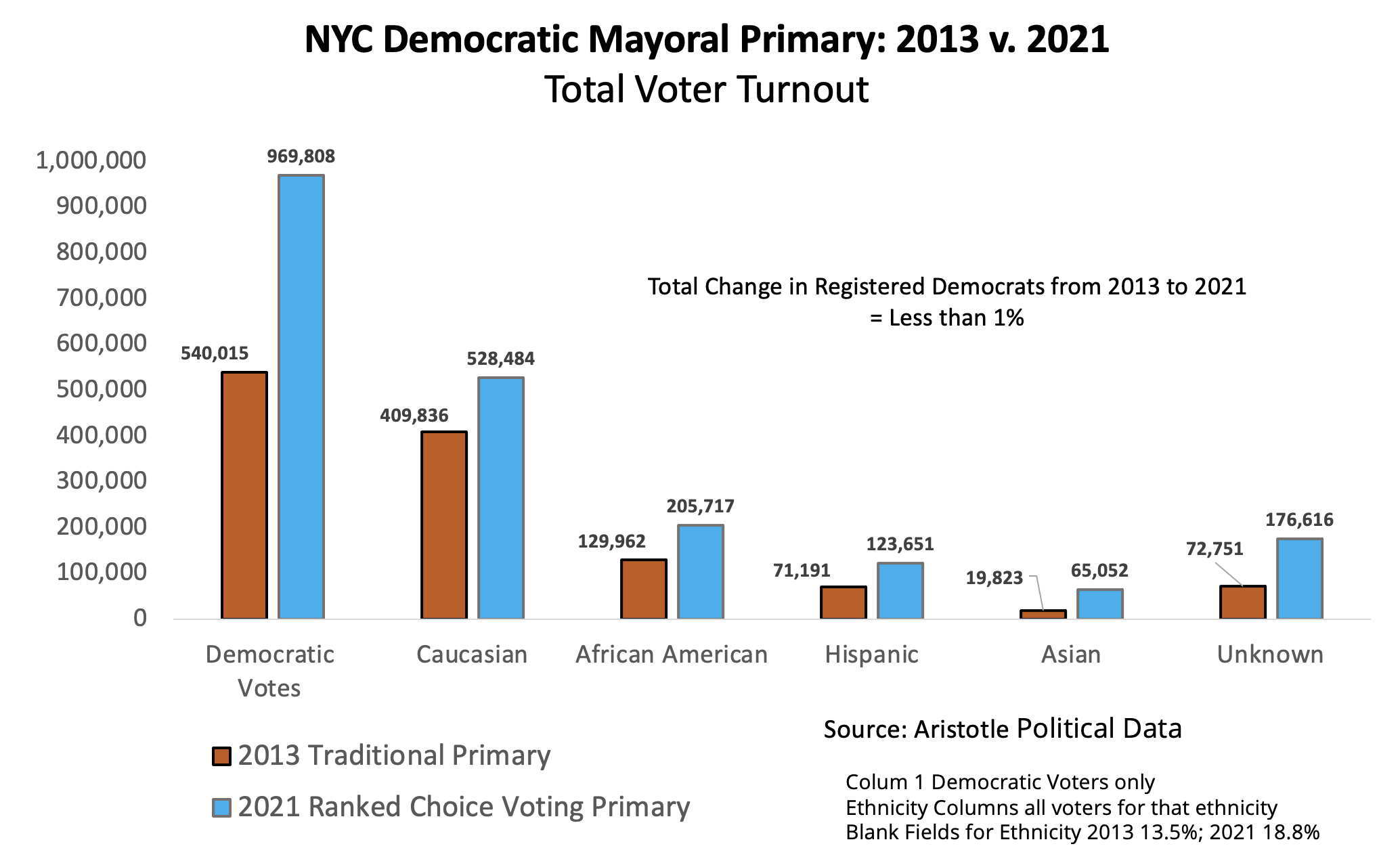 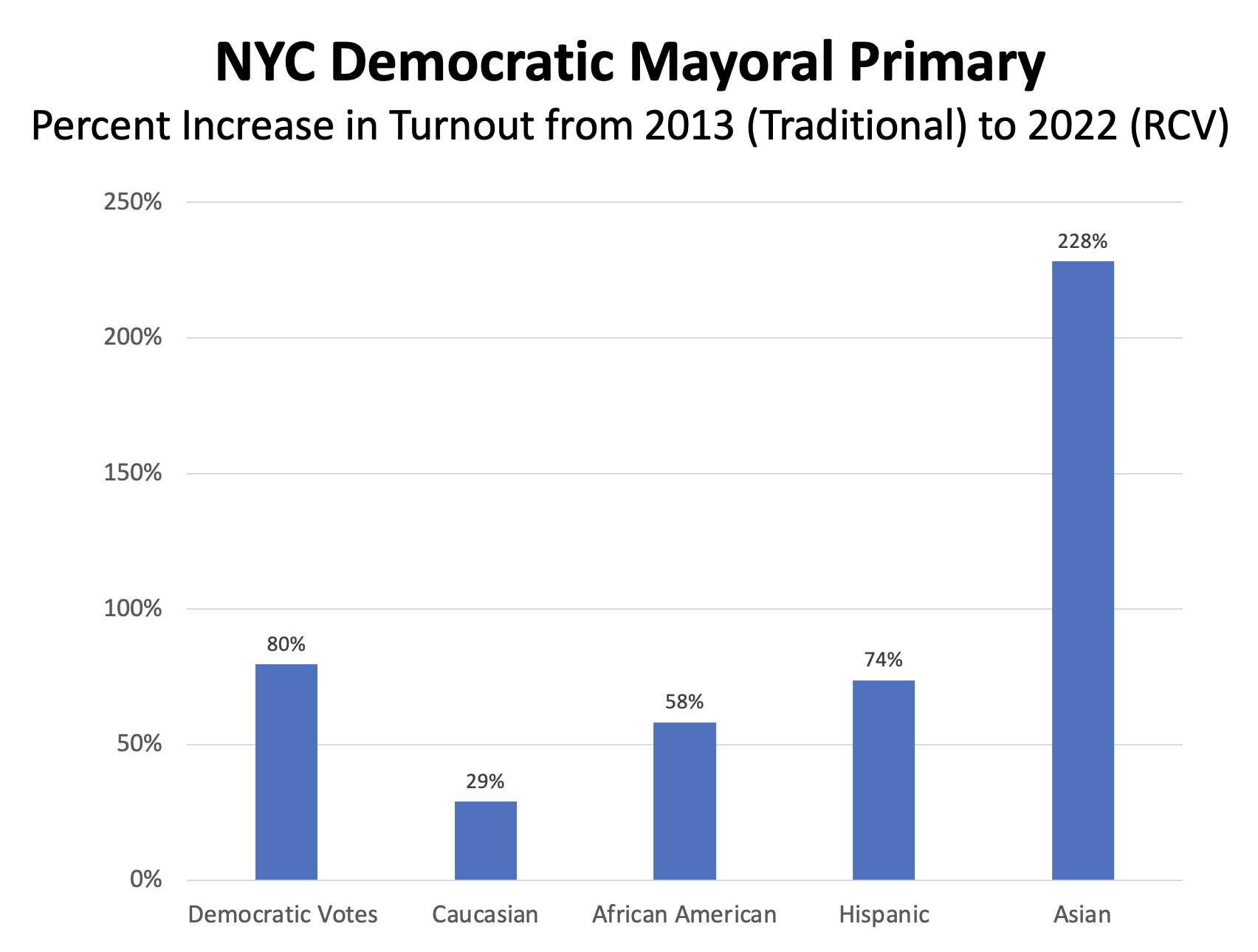 When voters have the option of ranking their candidates, whether they use all their rankings or not, they trust in their ability to cast a meaningful vote. Naturally, there is a connection between a voter's trust and their desire to participate. That's why giving voters more choices with Ranked Choice Voting not only increases turnout, it increases confidence in the process.

Ranked Choice Voting changes the look of the ballot by giving voters the option to choose to rank candidates in order of preference but also gives voters the choice to vote for only one candidate. Although having the choice of ranking may sound like more work and confusing, studies have shown that this does not raise the probability that a voter would cast an uncountable ballot. Voters like having the option to choose.
‍

Create your poll and try it yourself here: RankIt.Vote

‍Visit FairVote to Check Out a Sample Ballot