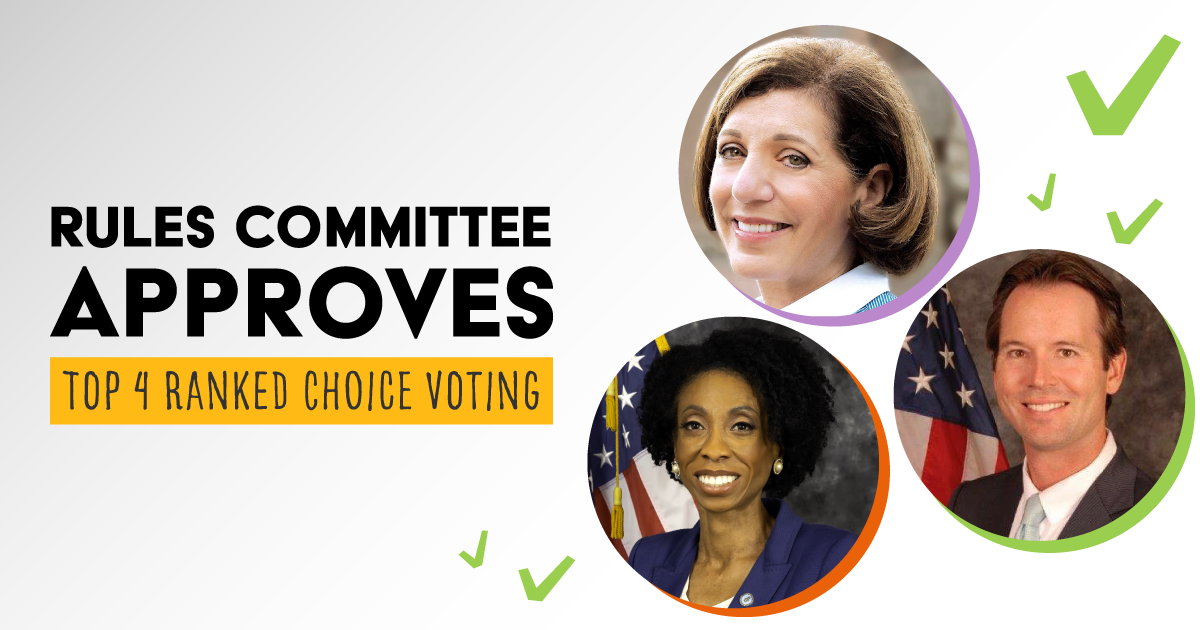 San Diego, Calif. – The proposal to bring Ranked Choice Voting to the City of San Diego is one step closer to reality.

By a vote of 3-2, the Rules Committee approved sending the Top 4 Ranked Choice Voting proposal to the full City Council for consideration to be placed on the November 2020 ballot.

Lori Thiel, President of League of Women Voters San Diego said, “We believe a transition to Ranked Choice Voting is the best way to engage voters and limit the candidates in the general election to a manageable number. Our goal is voter enfranchisement and Top 4 Ranked Choice Voting enhances that effort.”

Councilmember Mark Kersey (I), who has spearheaded this effort, made a motion to send to the city council and said, “This is frankly an improvement over the systems that are in place in other cities like San Francisco and Oakland. This is a common-sense approach that will markedly improve elections in the City of San Diego.”

Council President Pro Tem Barbara Bry seconded the motion and said, “It’s very important to have the primary and then narrow it down to 4 people for the general which will encourage more people to run for public office.”

Councilmember Monica Montgomery provided the third vote in favor of the measure.